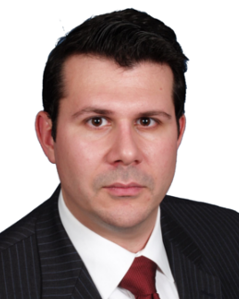 James L. Koutoulas, Esq., founded Typhon 2008 in order to provide investors with the ability to access emerging managers who are surrounded by institutional infrastructure.

Mr. Koutoulas is the President and Co-Founder of the Commodity Customer Coalition. At CCC, Mr. Koutoulas represented over 10,000 customers pro bono, helped force the full return of $6.7B in customer assets, and advised Congress on reforms. He served on the Board of Directors of the National Futures Association for three years.

Mr. Koutoulas earned a J.D. from The Northwestern University School of Law and is a member of the Illinois Bar. He serves as an expert to the Northwestern Investor Protection Clinic. Mr. Koutoulas has a degree in Finance from the University of Florida, where he was a National Merit Scholar, AP National Scholar, and Angelos Langadas Classics Scholar. 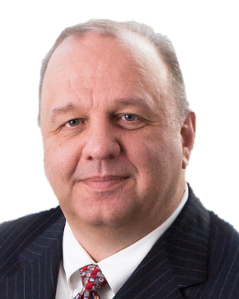 David Klusendorf is the Chief Investment Officer and a principal of Typhon Capital Management which he joined in March 2015. Mr. Klusendorf brings over 25 years of trading experience to Typhon. He was the President of Klusendorf Trading from 1991 until 2015, a proprietary trading firm that specialized in Eurodollar and Interest Rate products at the CME and CBOT. Prior to that, he served as Senior Trader at Timber Hill trading. During his trading tenure, Mr. Klusendorf held memberships at the CME and CBOT and served on numerous committees at both exchanges. Mr. Klusendorf earned a BA and an MBA from Loyola University, Chicago.

Each of our portfolio managers is a principal of Typhon and the head of an internal division within the firm. Typhon never charges layered fees, even for multi-manager products.

All of our strategies are available in separately managed accounts and in U.S. and Cayman-domiciled pools via our Argos Alternative Funds umbrella. 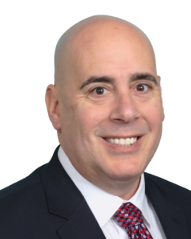 James Gallo joined Typhon Capital Management in May 2016 as the Portfolio Manager of the Vulcan Metals Strategy.

In 1987, Mr. Gallo became a member of Commodity Exchange, Inc., COMEX, based in New York, NY, as the youngest member in its history. Once Mr. Gallo graduated from high school he embarked on what has become a three-decade career in the financial industry, all spent at the COMEX/NYMEX where he has both run All American Copper and been a proprietary trader for 29 years.

Mr. Gallo has also served as President and CEO for the All American Copper Corporation, a order execution firm in New York, NY, since 1994. 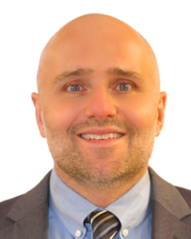 Edward Smith is a Senior Trader within Typhon’s Vulcan Metals Group and is a Precious Metals Specialist.

Mr. Smith has spent nearly three decades working in the financial industry, beginning as a phone clerk for Harmon, Lichtenstein & Company. Since the start, Mr. Smith has been persistent and keen to learn from each position he has held at each institution.

In 1994 Mr. Smith became a member of COMEX trading proprietary accounts. In 2005, Mr. Smith was hired by Hudson River Futures to trade gold, silver and copper. After working at the NYMEX for over two decades, Mr. Smith parlayed his experience and passion for metals into a new venture with a partner, forming Hudson Floor Brokerage. While growing this new business, Mr. Smith continued to have great rapport with his customers, maintaining his excellent reputation within the industry. Through Hudson, he has worked closely with James Gallo, the head of the Vulcan Metals Group since 2016. 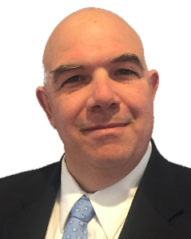 Anthony Cicileo is a Senior Trader for Typhon’s Vulcan Metals Group and joined the group in January 2017, adding in his expertise as a Silver Metals Specialist.

Prior to joining Typhon, Mr. Cicileo held the roles of floor trader, broker and President and owner of Arch/AC Trading from October of 1998 to present. While owning and operating Arch/AC, Mr. Cicileo also performed speculative proprietary trading.

Previous to Arch/AC, Mr. Cicileo worked for Credit Suisse from September 1996 to October 1998 and Republic National Bank from February 1990 through June 1996 on their  respective trading desks as a Market Maker in precious metals bouillon and forwards. Mr. Cicileo hedged and managed bank portfolios valued at over $300M and participated in speculative trading. 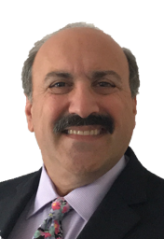 Nick A Nickols is currently Co-Head of Typhon’s Capital’s livestock group where he manages the Zephyrus Livestock Strategy. Mr. Nickols is President of NK Commodity Brokers, Inc. which began providing financial risk strategies and execution services to their Institutional clients in 1991. With the consolidation of the banking industry in the mid 1990’s, NK Commodity Brokers focus was shifted into the traditional commodities, with new clientele needing risk management solutions in coffee, sugar & cocoa, and live cattle & hogs.

In 2007, NK Commodity Brokers established a small exempt commodity pool with multiple outside managers to provide additional products to new clients. Mr. Nickols took over 100% of the trading in the pool in 2015 to focus on a single market sector: livestock.

He received his B.S. in Business Administration from West Coast University. 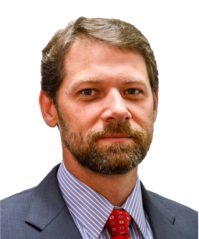 Mr. Green graduated from The University of Florida in 1995 with a B.S.B.A. with Honors in Finance and from Boston College in 1997 with an M.S. in Finance. 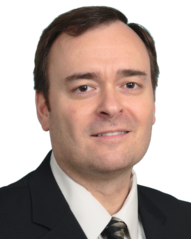 Jerod Larry Leman, Investment Manager, was born and raised in a small farm community in Northern Indiana. He became involved in the markets in July 1989, helping his family farm distribute their grain. He enrolled in Purdue University in Lafayette, Indiana in August 1999 and graduated in May 2003 with a degree in Agriculture Economics. Upon graduation, Mr. Leman joined Overmeyer Commodities, a commodities brokerage firm in Lafayette, Indiana as an Account Executive. Then, in September 2003, Mr. Leman transitioned to a larger firm, Wellington Commodities in Carmel, Indiana. There, he worked with farmers, commercial, and speculative clients, and co-developed the PGS. Also, while at Wellington, Jerod helped operate a direct-ship cash grain business, Starke Indy Direct, in Carmel, Indiana, where he has traded cash grain for an elevator. Mr. Leman brought Plutus to Typhon in September 2010. Mr. Leman maintained his cash grain business at Wellington until April 2012 when he moved it to Silveus Financial, LLC to become a branch manager for their Zionsville, IN cash grain desk. Mr. Leman left Silveus in July 2013 to return to his cash desk at Wellington where he became an associated person again in October 2013. 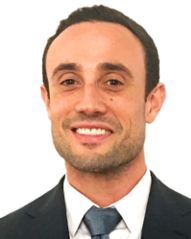 George Michalopoulos is the Portfolio Manager of the Leonidas Energy and Macro Strategies and joined Typhon in December 2016.

Prior to joining Typhon, Mr. Michalopoulos worked for Citadel Investment Group in London and Chicago from August of 2005 through March of 2011 where he held various roles, among them Portfolio Manager and as a Junior Trader for their crude oil portfolio-ultimately becoming the Director of Citadel’s sole speculative crude volatility business. During his tenure at Citadel, Mr. Michalopoulos gained valuable skills and experience trading in the energy products, including Crude Oil, WTI, Brent, and Natural Gas.

Following his time at Citadel, Mr. Michalopoulos founded Empeopled, a social project to self-govern social media and create crowd-based decision making, in April of 2012 in Los Angeles, California and continues working on today.

Typhon only hires managers that have a clearly defined edge within the markets they trade. In most cases, this leads us to focused, niche managers.

Typhon strategies are uncorrelated to each other as well as the broader universe of CTAs and tactical traders. 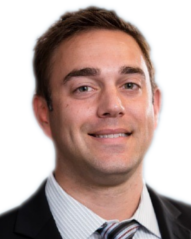 D. Matthew Thompson is a trading principal of Typhon Capital Management, LLC. Mr. Thompson holds a BS in Economics from the University of Illinois at Urbana/Champaign and has earned the CFA designation. He is currently a member of the CFA Institute and the CFA Society of Chicago. 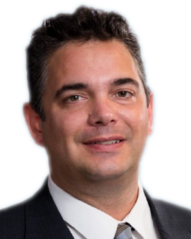 Michael Thompson is a trading principal of Typhon Capital Management, LLC. Mr. Thompson earned a BS in Economics from the University of Illinois at Urbana/Champaign and holds the CFA designation. He is also a member of the CFA Institute and the CFA Society of Chicago.