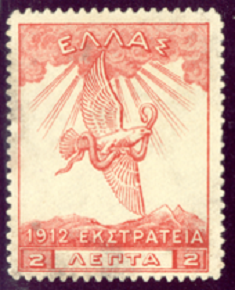 The Helios Deutsche Program, managed by Damian Taylor and Hubert Van Den Bergh, uses a proprietary short-term systematic model to trade DAX® futures in an attempt to generate absolute returns uncorrelated to other asset classes. The DAX®’s volatility and price action have made it an ideal instrument for expressing the Helios methodology.

In February of 2017, Messrs. van den Bergh and Taylor joined Typhon as the co-heads of the Helios Deutsche Program.

Prior to joining Typhon Mr. Taylor set up the equity trading desk for the Seaport Group from June of 2014 through May of 2015. Before that, he was a partner and head of Equity trading at NSBO Ltd (North Square Blue Oak) from November of 2008 through March of 2014.

From August of 2007 to October of 2008 Mr. Taylor was appointed head of trading at Matrix Alternative Asset Management, a hedge fund group with 3 funds running over $40M AUM. He came to Matrix after working at Pali International from February of 2006 until July 2007 as a senior trader for Institutional Derivatives and Equities.

Before joining Pali, Mr. Taylor set up the Mountcashel Fund from May 2002 through January 2006-a long-short equity hedge fund based on a proprietary algorithm he helped to write and develop and served as Partner and Senior Fund Manager.

From September 1997 to April 2002 Mr. Taylor worked for ING Barings where he developed a trading system that systematically traded long-short equities, relative value and directional futures for one of their proprietary books. Mr. Taylor began his career as a closed-end funds analyst at Caspian Securities from January 1996 to August 1997.

Mr. Taylor received his BA from the University of Manchester in 1995 with Honors in Economics and Econometrics. Mr. Taylor completed 3 A levels in Economics, Math and Chemistry in 1991. He currently holds an Investment Management Certificate.

Prior to joining Typhon, Mr. Van den Bergh worked in equity sales for The Lazarus Partnership from 2014 to 2015 and Oriel Securities from 2013 to 2014. Prior to this Mr. Van den Bergh was at Kew Capital LLP, 2010 through 2011, as manager of an equity long/short book.

Mr. Van den Bergh was at Merrill Lynch Investment Managers from 1998 to 2004 where he managed $1bn of pension fund money. Simultaneously, he co-managed the UK equity hedge fund.

Data displayed on the Client Portal is an approximation of the overall gross valuations of the alternative investment vehicles operated by Typhon Capital Management. Data for Vulcan prior to June 2016 is from live proprietary trading pro forma for fees and commissions. Data displayed is from live trading accounts controlled by the firm net of commissions but gross of management and incentive fees and fund expenses. Please see each strategy’s one-page performance summary and disclosure documents for performance net of fees and accounting notes. Data may vary from those of client accounts due to variances in commission rates. The data displayed may not reflect trades executed by each vehicle’s respective investment manager and not yet received by the vehicle’s clearing firm and is delayed by at least five minutes. Any data displayed is for informational purposes only. Investment in any Typhon product is limited to Qualified Eligible Participants only. Past performance is not necessarily indicative of future returns.